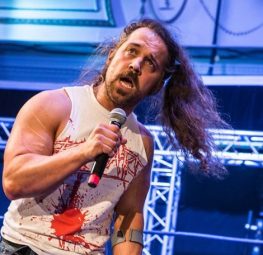 KrackerJak has been working in the wrestling industry since 1999. He has actively been involved as a wrestler, booker and a trainer of upcoming talent.

Wrestling all over Australia, as well as Japan and the United Kingdom, Krackers made a name for himself fusing a style of comedic crowd-pleasing with spectacular violence.

For many years the go-to opponent when international wrestlers competed on Australian shores, KrackerJak has faced everyone from former WWE Superstars, ECW alumni and feared indie legends.

Since ending his in-ring career, Krackers is dedicated to passing on his mastery of promos, character work and video content to the next generation of Australian wrestlers.

KrackerJak works with MCW Academy students each week to help build their character and promo ability.

YOUR FUTURE is created by what you do TODAY. #Ha

We send our birthday wishes to MCW Trainer Miami t

There are no secrets to success. It is the result